Anyone who is interested in trading is confronted during his research, has a very large number of trading tools and experts presenting their methods. However, it is quite rare to see the performance histories of the methods presented, ie the approach was tested only on historical quotations, ie in virtual, or not presented at all for lack of means, funding or because this is only theory!
I started the track-record of my trading robots, in other words the recording of the performances in real life, on the one hand to confront the reality if the method was bad, but also to certify to the interested ones that my robots are performing in the real world market conditions.

I started this track record in March 2014, this account is a real account open at the broker ActivTrades. At the time, there were only two Expert Advisors (EAs) who traded the eur-usd forex currency pair.

Evolution of the automatic trading strategy

Over time, the strategies have improved. I have increased the number of underlyings on this system in order to benefit from better diversification in an attempt to dilute my risk. In the course of 2016, I integrated automatic trading EAs based on the fragmented exposure strategy. This consists of entering a condition several times by dividing the risk associated with each position, so as not to over-expose an asset.

The money management of this approach is relatively strict. All EAs incorporate a complete money management system in the code which allows for a risk proportional to the evolution of the equity of the account. This approach has improved trading performance by reducing even the drawdown phases.

This account is a real account opened with the sum of 1000 € which is therefore the initial capital. During the introduction of fragmented exposure trading systems, the capital was then raised to € 5,000 to take advantage of the continuity of the money management in proportion to the evolution of the account. At the end of 2017, a withdrawal of € 5,000 has been made, which allows me to recover the initial investment. The automatic trading system now operates on capital gains already made.

The automatic trading system is now composed of 9 EAs that use two different strategies simultaneously on different FOREX currency pairs. This allows the global system to better adapt to market changes as well as changes in volatility.

There is no martingale in this trading system, some EA can sometimes open several positions, especially with robots that act as split entry, but no position in this account is at risk more than 1% of the total equity of the account . This trading system was modeled by backtest on the MT4 platform, and the overall risk of loss is quantified at a maximum drawdown of 20% on the current risk level.

To show that there is no cheating, I leave free access to the history of all transactions since the system was started.

This trading system has been used on my accounts since the year 2013. As such, I have measured the dangers of this trading approach which has been able to go through major events such as the abandonment of the floor of the Swiss National Bank. caused a sudden fall in the EUR-CHF forex currency pair, the Brexit, the election of Donald Trump without knowing too much loss phases.

Initially, I decided to show this track-record to answer those who consider that a trainer or a trader must present his results before giving advice. These results may seem inferior to what is announced by some traders who animate the web especially in the FOREX, but they have the merit of being fully verifiable, and completely transparent. As such, the progression curve may seem imperfect. It represents the reality of the alternation of gains and losses that all real traders encounter in the evolution of their results …

I let you judge and follow this approach via the widgets of this page.

PS: No trading algorithm of this system is for sale, so this is not an advertisement … 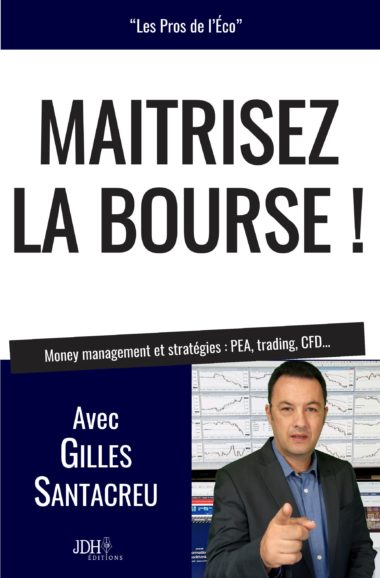